Aiming to safeguard its facilities, infrastructure, Users of the National Natural Gas System (NNGS), as well as its employees, the Hellenic Gas Transmission System Operator (DESFA) participated actively to the European research initiative ZONeSEC. This is an initiative, funded by the European Seventh Framework Programme (FP7) and aims to create a common European framework for the monitoring and protection of widezones from malicious and illegal activities and risks through the most modern simulation and tracking technologies.

Within the framework of this initiative, executives from the 8 participating countries were found in Greece between 11 and 15 December, taking part in Workshops, as well as in on-site integration pilot (OIP) testings, carried out at DESFA’s facilities in Patima Elefsina (Southern Greece Operation and Maintenance Center) and the Megara Valve Station, at the point, where the main branch of the NNGTS is connected to the pipeline leading to Megalopolis.

During the Workshops, the development of common standards for the interoperability of security systems for the surveillance of widezones was discussed and the scenarios of field tests relating to both over-ground and underground equipment were designed, further studied and executed accordingly. The project, involving more than 50 executives, was completed with the implementation of the scenarios and the overall technical assessment of the field test.

On the part of DESFA participated executives from the NNGS Operations Division Directorate, the Logistics & Support Directorate and the Project Activities Directorate. They also took part in the evaluation of the effectiveness of the systems by submitting their own proposals for the development of common European standards.

DESFA participates on a regular basis on Greek and European research programs, aiming to monitor and implement best practices in fields, such as protection, security, environment and quality management, by training systematically its personnel having as a target the continuous improvement of its services and their adjustment to the most modern and regulative demands.

For more information on the research program ZΟΝeSEC, you may find at the webpage http://www.zonesec.eu. 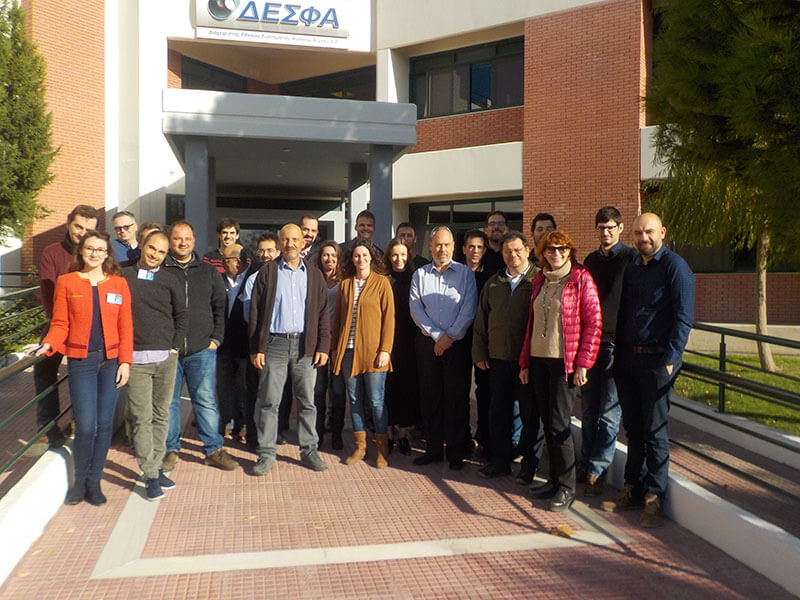